Written by Editors of DuJour 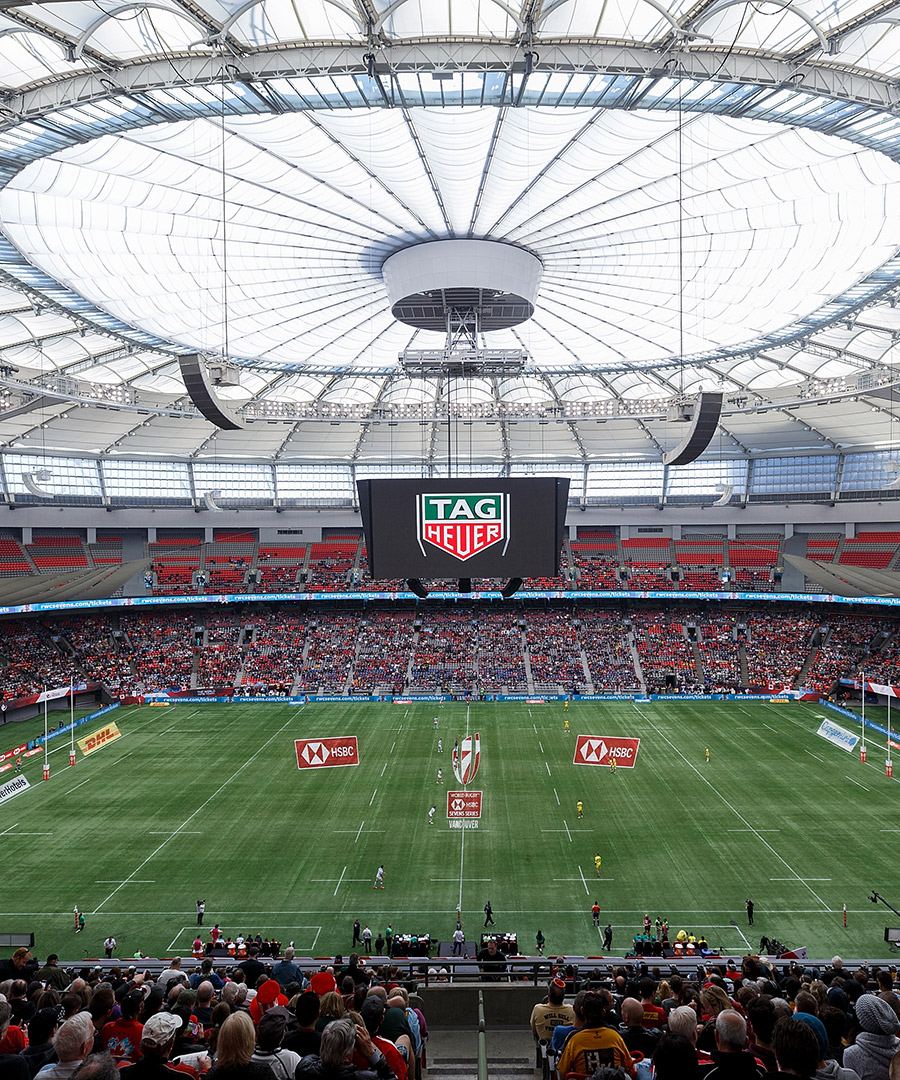 On Sunday, action hero Chris Hemsworth scored points with a group of lucky, young rugby players. The Australian actor and TAG Heuer brand ambassador traveled to Vancouver to carry out the iconic watch company’s timekeeping duties for the HSBC World Rugby Sevens series, a worldwide championship that will culminate in Paris later this year. In addition to counting down the professional match—in which Fiji beat Kenya 31 to 12—Hemsworth coached a group of Canuck youths competing in TAG Heuer’s #DontCrackUnderPressure challenge. The challenge, which centered on kicking as many rugby balls as possible through a goal in 60 seconds—raised $10,000 for rugby programs for indigenous youth in British Columbia.

A rough-and-tumble hybrid of soccer and American football, the internationally beloved stadium sport remains relatively obscure in America. But if there’s anyone who can bridge the gap, it’s Hemsworth, who knows a thing or two about hand-to-hand combat as the hammer-swinging Thor. On Sunday, however, the actor traded in Mjolnir for a TAG Heuer watch— handsomely paired with shades and that headline-making mustache.

Click through the gallery for a look inside the fun.

Monse is Having an Edgy Couture Moment