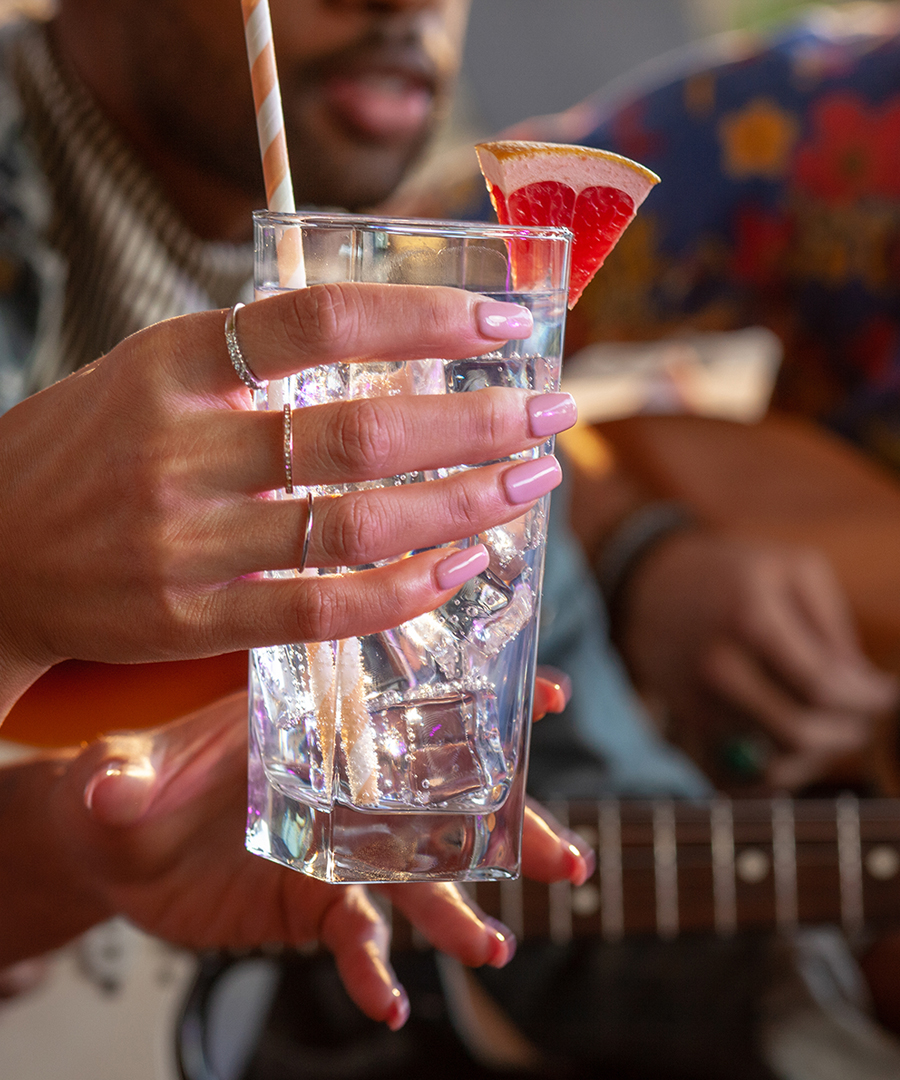 When you arrive in Åhus, Sweden, it feels like an undiscovered gem. The picturesque seaside, charming boutique hotels, and also, the Absolut Vodka headquarters. This massive distillery is the place where every single bottle of Absolut Vodka is distilled, bottled and distributed from. Despite the quaint surroundings, Absolut’s home is vibrant and colorful, decorated with framed Absolut campaigns from the brand’s robust history, showcasing just what a cultural icon Absolut has grown into. For instance, the Absolut Warhol campaign spearheaded the brand’s artistic endeavors while the Absolut GLAAD campaign made them a pioneer in the spirit industry for supporting LGBTQ rights.

The internationally celebrated spirit has high standards for itself in terms of their creative initiatives, but also quality control and its residual environmental effects on the planet. While exploring the Absolut home, one phrase that kept returning to the conversation was, “waste is a resource.” From the start, Absolut’s founder LO Smith engrained a motto of caring about product, planet and people into his brand. From the farmers growing the non-GMO winter wheat to utilizing the pristine water source located in Åhus, there is a local community that relies on Absolut to maintain their high standards.

In today’s society it is easy to make declarations and stand by causes, but how many brands actually deliver results? Through various sustainability initiatives and processes that have been in place for decades and are constantly being improved, Absolut has proved itself. The brand uses over 40 percent of recycled glass at the bottling plant, has relationships with over 450 farms across the region and the cutest part is that any waste that doesn’t get used in the distillation process gets recycled into food for the cows and pigs on the farms. Happy pigs = happy people, right?

It’s admirable that Absolut has a history of being sustainable but sometimes what matters more is the future. What’s next? How does a brand maintain their stance and actually show their impact? Absolut is dedicated to story-doing before storytelling (the storytelling is more my job). In honor of Earth Day (April 22), Absolut has announced its new platform as Planet Earth’s Favorite Vodka. By organizing more than 70 community clean-ups across 46 cities and 19 states in just one day, Absolut will create change on the ground floor.

Beyond that one day, there are small changes being implemented that will drive big results. For instance, Absolut’s Green Hustle campaign encourages bartenders across the globe to start turning their waste into a resource for other cocktail ingredients. The best example of this is using the leftover lime from one cocktail’s garnish to create more lime juice, rather than simply chucking half a lime in the garbage bin. You can make this lime juice and serve it in any cocktail, including the iconic Cosmopolitan, and I know from experience, you will not taste the difference.

In New York City, Absolut created Absolut Bar Recycle, an experiential private event where patrons can bring in recyclables and sip on a refreshing cocktail. Who doesn’t want to enjoy a tasty cocktail while helping the planet? On the financial front, Absolut has donated $50,000 to the Plastic Pollution Coalition in order to reduce waste specifically in New York, with the help of local boutiques, bars, and restaurants.

While consumers might not be wildly brand loyal to their vodka the way they are to their iPhone, being loyal to sustainable living, even in a small way, can make a big difference for the planet. Which is why Absolut might not be your favorite vodka but it is Planet Earth’s Favorite Vodka.