Home » Culture » Behind the Exhibit: Miriam Schapiro at MAD 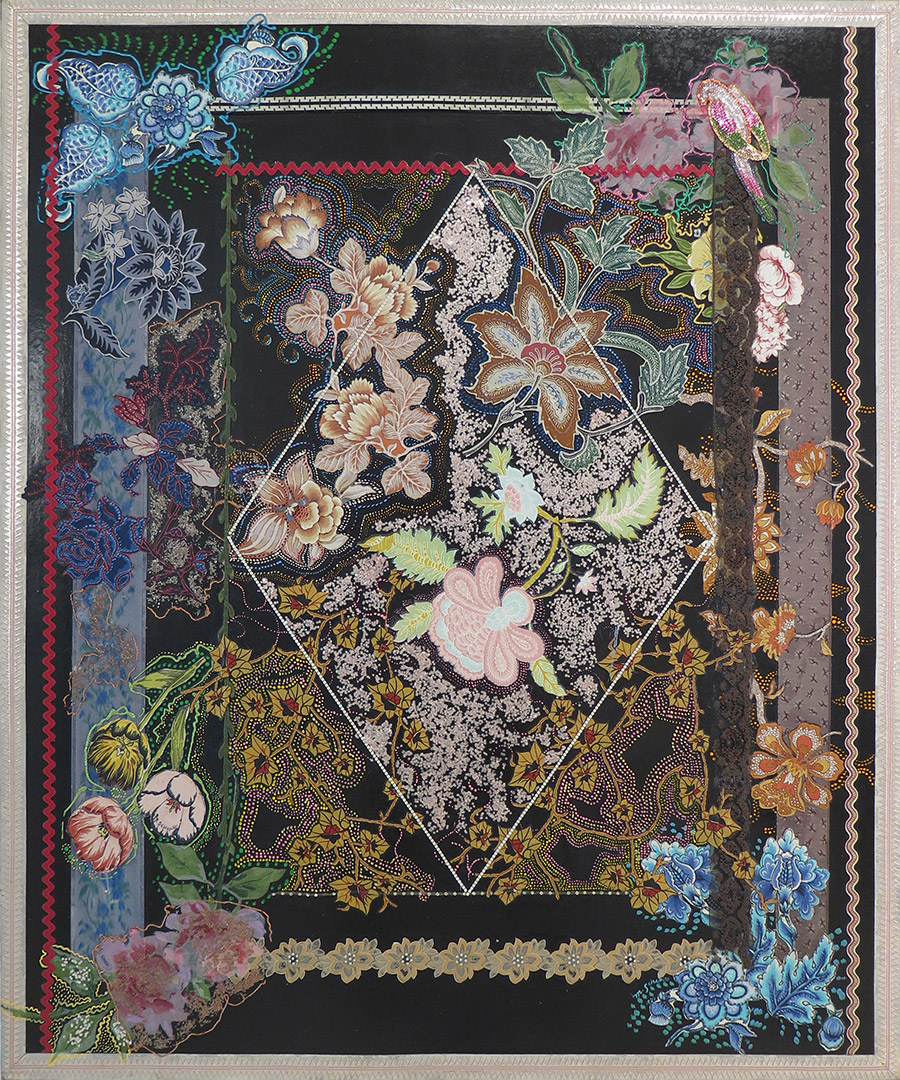 Behind the Exhibit: Miriam Schapiro at MAD

When one fantasizes about toppling the patriarchy, one’s vision might include taking a sledgehammer to outdated male statues or storming the capital with a Mad Max-style flamethrower guitar. But as glorious as it may be to imagine claiming hyper-rugged instruments as patriarchy-fighting silver bullets, a new exhibit at the Museum of Art and Design proves that one can advance feminism using little more than their arts and crafts kit. Case in point: Miriam Schapiro, who intentionally utilized techniques like embroidery, quilting, and crochet—art forms historically dismissed at domestic—to launch an ongoing reshuffling of the artistic establishment.

The exhibit, “Surface/Depth: The Decorative After Miriam Schapiro,” highlights 28 works by Schapiro, as well as nine contemporary artists whose styles, at one point in time, might have been dismissed as “decorative” if not for the strides of Schapiro and her peers. Starting in the late 60s, Schapiro, along with Judy Chicago, Faith Ringgold and others, began to pivot from traditional art forms to incorporate craft.“Schapiro and her contemporaries began to look at craft—this thing defined as a lesser creative practice—to try and understand, how is it dismissed and who is associated with it?” says curator Elissa Auther. “These were values we projected onto different materials and objects, and that reflected larger forms of social injustice in the world.” While Chicago—best known for The Dinner Party, a monumental, yonic homage to great women in history—focused on ceramics and sculpture, and Ringgold on quilting, Schapiro specialized in multimedia collages she dubbed “femmages”—floral, lacy patchworks with a spoonful of schmaltz.

While the work of Schapiro and Chicago may differ aesthetically, they are in fact two sides of the same feminist coin. The pair met at CalArts, where they co-founded a pioneering graduate program of all women. While short lived, in 1975 the program culminated in an experimental art project called Womanhouse, a seminal work of feminist art to this day. In Womanhouse, Schapiro and company converted a dilapidated Hollywood mansion to house their all-female group show, which both subverted and embraced aspects of domestic life. “It’s interesting because feminists of that era [saw] the domestic space can as either a place of oppression or as a place of resilience—restrictive but also catalyzing,” says Auther.

While the CalArts program ended soon thereafter, Schapiro continued mixing the radical and the domestic. “The project was instrumental in how she’d talk about femmages. It was a real breakthrough,” Auther says. Recently, when the National Museum of Women in the Arts reprised Womanhouse, Schapiro was one of only two artists from the original show to be included.

Schapiro, who passed away in 2015, will be taking up residence once again starting March 22 at MAD. “Surface/Depth: The Decorative After Miriam Schapiro” will be on view until September 9.