Home » Culture » The Gosspel of Matt 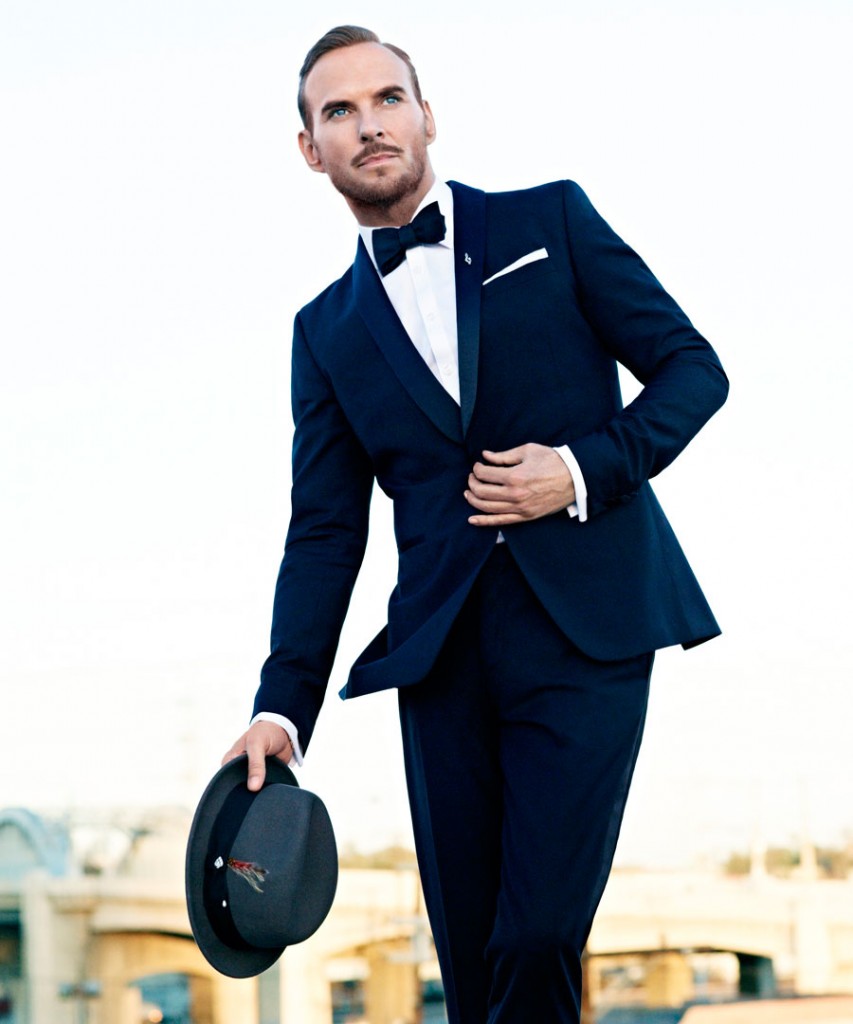 What Vegas is really like, according to Matt Goss, Sin City’s reigning king of entertainment

To offer a stranger the Audemars Piaguet right off your wrist in a bet is a bold move, but that’s exactly how confident nightlife exec Michael Greco felt that a handsome British import would woo Vegas. Matt Goss, after all, had won over millions before. The singer has 11 Top 40 singles and several chart-topping albums to his name, thanks to his run in the late ‘80s U.K. boy band Bros. But without knowing any of that, Greco placed his pricey timepiece on the line after he watched a music video Goss self-produced and realized he’s just what the Capital of Entertainment needed.

“I received a call and Michael said to me, ‘there’s no question, I really believe you’re going to get the show here,’ ” Goss remembers after talks of inking a deal with the Palms Casino Resort, where Greco hoped Goss would perform as part of a long-term residency. “ ‘If you don’t get it, I’ll give you my Audemars Piguet watch.’ And I said, ‘well, I’ll take the watch.’ “

Goss, of course, never got the watch, and six years later, he’s headlining his own show at Caesar’s Palace every weekend, like august greats Frank Sinatra, Celine Dion and Elton John before him. And no surprise to Greco, the show is consistently sold out. Below, we get Goss’ take on Sin City, his latest album Life You Imagine and where he goes when he hasn’t stepped outside the casino in days.

On the diversity in Vegas:

“It’s nice to be able to play for 40 million people a year in Vegas. You actually get to play to the world; it’s a diverse cross section of people who come to see you from all over in one room.”

On the community there:

“At first, I just thought it was a strip. It’s a far more established town than people realize. It has community, it has incredible culture, beautiful countryside, brilliant schools—the community’s very, very loyal and proud of their town.”

On coming back every weekend:

“Vegas is my routine because the rest of my week is all over the place. I never ever thought that Vegas would actually be a place I get to rest.”

On the big difference between performing in Vegas and anywhere else:

“In Vegas, you don’t get one second of downtime; you just have to be an entertainer. You have no choice because frankly, maybe half the audience has just written a review online. If you’re not really willing to bring your A-game every night and hone your skills and composure, you’ll get badly reviewed and you won’t last. I’ve seen a lot of shows come and go during my residency at Caesar’s.”

On the importance of composure in a performance:

“You have to deal with situations that only happen in Vegas. A gentleman came in a three-piece suit—a big guy, like 6’3”, 6’4”—and one of the things I said that night to the ladies was, ‘feel free to take an item of clothing off because it’s going to be very hot tonight’—there was something wrong with the A.C., I don’t know. And this gentleman took his whole suit off, down to his underwear. He was one of the best-dressed people in the room, by the way.”

On the style of Vegas show-goers:

“I’ll get 30 22-year-olds all dressed up in rat pack style, and then next to them is an 85-year-old lady in gems and sequined dress. In my audience it’s people who miss dressing up and miss being glamorous and miss flirting. There’s no shame.”

On his local haunts:

“I go to my regular lunch at Spago. There’s a bar that I like in Caesar’s called Fizz—Elton John’s partner owns the bar with my friend Michael Greco. After the show I’ll go there, wind down, people watch and catch up with Michael. Sometimes I go up to the roof on Caesar’s where I’m not meant to go, but I’ll have a scotch and watch the Strip and feel like I’m actually outside of the casino. Sometimes you can actually go a full weekend without even stepping outside.”

On his new album Life You Imagine:

“My last album was very introspective and extremely personal—almost too personal—and poetic in the way I approached the lyrics. On this album I wanted to say more, but with less words.”

“I’m all over the world doing shows, but I’d like to stay in Vegas. And now that I’m single, I want to find someone who’s free to be themselves with me. I want a partnership where we can both shine. It’s so hard to find, especially here. But I want the whole family, all of that. I really, really do.”

The Cosmpolitan’s Most Sought-After Room

Joel Grey on the Enduring Appeal of Cabaret