An innovative twist on a classic cocktail, with beautiful imagery shot by fashion photographer Mike Rosenthal

As a famed fashion photographer, Mike Rosenthal has an eye for what looks good. With an innovative aesthetic, Rosenthal teamed up with Tanqueray to showcase how a reimagined gin and tonic cocktail can become something truly unique. “Most people are so afraid to do anything different either from fear of being judged or something going wrong,” Rosenthal tells me, adding that working with Tanqueray was such a passion-driven project filled with creative freedom. The photographs of the Orange Harvest Tanqueray & Tonic cocktail evoke a warm elegance coupled with an unexpected vibe. Upon approaching his partnership with Tanqueray, Rosenthal says he was initially struck by the liquor bottle itself. “The way it has been cut, when the light hits it right, it’s almost like an artifact. It’s something you want to put on display and kind of show off to people, not to hide inside a dark cabinet.” 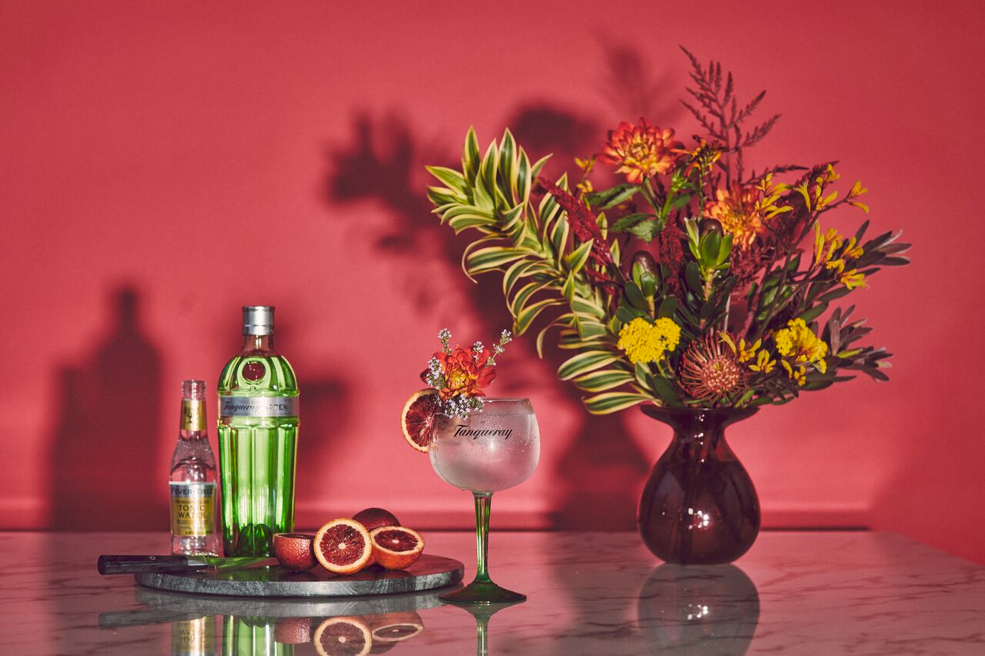 Inspired by the Tanqueray bottle, Rosenthal started researching older classic photographs where light and color were used in non-traditional ways. “I thought it would be interesting if we did something in an unconventional way and work with this editorial fashion shoot aesthetic as opposed to your typical beverage shoot,” he says. The combination of Rosenthal, The Unlikely Florist, Spencer Falls, and of course, Tanquerary, has helped make the Orange Harvest T&T our new favorite fall cocktail to look at and sip on.  “I think the end product is something I am really proud of. I think it is different than what people normally expect.”

The photographs are visually enticing just as the cocktail itself is flavorful and refreshing. See below for the complete recipe.