Home » Life » What is Biodynamic Wine and Why Should You Drink it?

What is Biodynamic Wine and Why Should You Drink it?

Let’s face it – not all wine is created equal. There is an endless assortment of variables that differentiate one bottle of vino from another, which directly influences characteristics like color, flavor profile and price point. And while concepts such as sustainability, organic practices and natural varieties have been trending in the world of viticulture as of late, biodynamic wines are the ones – literally and figuratively – on everyone’s lips.

So what exactly is biodynamic wine, and how does it differ from some of the other categories you may be more familiar with? The process of making biodynamic wine utilizes a set of farming principals and techniques that treats the vineyard as one holistic, living organism versus taking a more traditional, fragmented view.

This approach is essentially an energy management system that aims to create a healthy, self-sustaining ecosystem where interconnectivity is key and each factor directly impacts the next. In addition to being better for the environment, proponents claim that these wines tend to have stronger, clearer and more vibrant expressions with elevated aromas, flavors and textures. For a wine to officially be labeled biodynamic, it must meet a rigorous set of standards created by the Demeter Association, the largest internationally recognized certifying organization for biodynamic agriculture.

Some people prefer to think of the method as organic, but much more intense. For example, compost may be used as fertilizer in lieu of chemical or synthetic options, and pesticides are always forbidden, with farmers opting for all-natural soil supplements instead. One method even involves burying a manure-stuffed cow horn throughout the winter months, then excavating the horn and spreading the manure to stimulate the microbial properties of the vineyard soil.

Gérard Bertrand is a former professional rugby player who has become one of the world’s leading experts in the biodynamic winemaking space. A native of Languedoc in the South of France, 14 of his estates are certified biodynamic, where he produces an award-winning array of biodynamic varietals ranging from his Autrement Côtes de Provence Rosé to a Clos d’Ora red blend made with Syrah, Carignan, Grenache and Mourvèdre. He recently made headlines for his latest installment of Jazz à l’Hospitalet, the annual festival where 50,000 people venture to his Château L’Hospitalet winery to witness performances by musicians like Seal and Francis Cabrel.

According to Bertrand, “Biodynamic wine is one way to connect people to the Earth. Unlike ‘conventional’ agriculture in which humans impose their will on earth, biodynamic winemaking requires collaboration, paying close attention to the earth’s rhythms and needs. While organic and biodynamic viticulture both forbid the use of synthetic products, biodynamics (in contrast to organic) requires biodiversity – both in the soil and in the surrounding ecosystem.”

Every task (from planting to pruning to harvesting) follows a specific schedule divided into four categories: root, fruit, flower and leaf days. There is also an element of spirituality and mysticism, with planting calendars sometimes following astronomical configurations, and the belief that even the moon and stars can have a profound effect on the winemaking process. Bertrand admits, “Even those of us who practice biodynamics cannot explain fully how or why it works, but we learn more every day, every year.”

While the term, at least as it relates to wine, has been on the rise in recent years, the idea of biodynamic agriculture has actually been around for nearly a century. The concept predates the organic movement, and began in the early 1920s with Rudolf Steiner, an Austrian philosopher, social reformer and architect. The practices of biodynamic farming are based on his 1924 work Agriculture Course, where he outlined the principles that are still employed today.

Although we can all agree that implementing more natural and sustainable farming practices is important, the entire concept of biodynamic winemaking is still shrouded in a bit of controversy. Part of it comes from the scientific community, which challenges the perceived benefits of biodynamic wine. Another part stems from the general public’s lack of knowledge when it comes to the nontraditional aspects of biodynamic agriculture. But from consumers to winemakers, the fervent supporters of the moment all agree on the benefits – even if they are difficult to prove from a scientific standpoint.

“The planet is crisis right now, with humans disconnected from other forms of life and Earth itself. One remarkable thing is that in our period of climate change, vines grown biodynamically withstand unpredictable conditions better than those farmed conventionally or even organically,” said Bertrand. “I can also unequivocally say that the biodynamic grapes have greater freshness, vitality of fruit and minerality than those grown otherwise – even organically – that transfers to the wine.”

Today, biodynamic wines are more prevalent than ever before, but work still needs to be done in terms of the international mass market actively seeking out this up-and-coming category. According to Bertrand, “The more people speak of it, the more they think about it, and the more awareness they have about the connections between the earth and what’s in the glass, the better. There is still a long way to go. But biodynamics is not a fad. It is a necessity.” 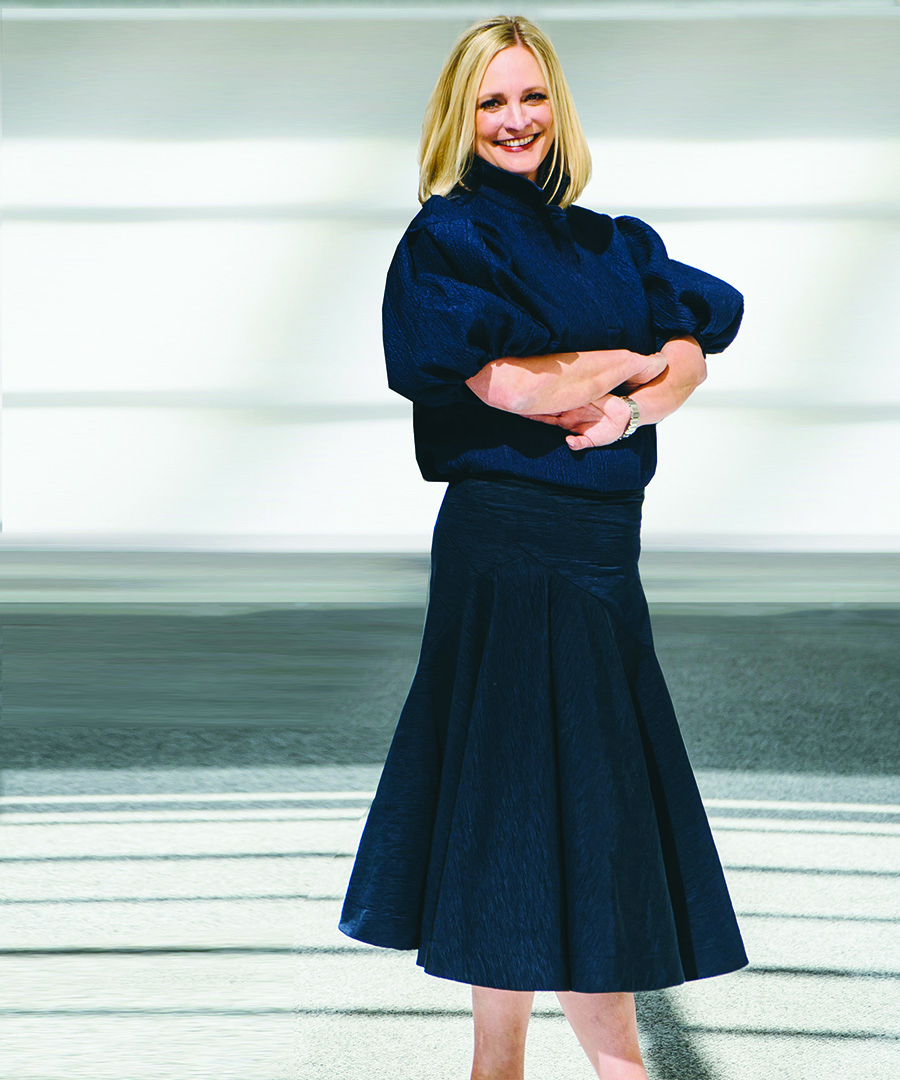 How to Embrace Style While Doing Good