In Conversation With Frank Grillo

Actor Frank Grillo[1] is a boxer, martial artist, and all-around talkative guy with a personality that allows him to excel effortlessly in most situations. Nevertheless, photoshoots are not necessarily his favorite part of the job. “Does anyone like doing that stuff?” he asks me. I decide that I think some celebrities really do love having their picture taken, but I can understand why it might be a bit uncomfortable for some. “Honestly, it’s better than not doing a photo shoot, if you know what I mean,” Grillo adds, hinting that he’s thankful to be working in the industry he is.

Before Grillo started getting jobs as an actor, he worked on Wall Street for a very brief moment—so brief that he barely recalls those few months of his life. “It has become kind of, like, mythical about me working like I was Gordon Gekko[2],” he laughs, remembering his days before acting. “As soon as I was on a soap opera [Guiding Light] in my late 20s, I never kind of worked again. I never had to do anything except act.”

I note that being able to say that is pretty impressive, and he responds in typical funny-guy Grillo fashion, quipping, “You think I would do much better at it by now.” After landing that first television part, Grillo gained notoriety for his roles in television shows like For the People, Prison Break, and Kingdom. Never limited to one medium, Grillo’s film repertoire expanded as well, to roles in blockbusters such as Zero Dark Thirty[3], The Purge: Anarchy, and Captain America: Civil War. Grillo is slated to star in the film Boss Level, alongside Naomi Watts[4] and Mel Gibson. Along with locking in a starring role, Grillo’s company produced the film[5]. “It’s kind of like Die Hard meets Groundhog Day. It is really original, and we just made the final tweak last week, so it is ready to go, and we are just waiting to see who’s going to distribute it.” With a slew of films set for 2020, including Boss Level, Grillo says he’s reached the point in his career at which he’s being much pickier about choosing projects to work on. So what drew him to Boss Level?

“The script is amazing,” he says. “I get to get a chance to be the lead in the movie, and there’s a lot of humor to the film. I don’t get a chance to do that all the time.” “Grillo’s voice lowers, and he cheekily adds, “And, you know, I’m a funny guy.” From showcasing his sense of humor to gaining more production credits, Grillo treasures being able to be a bit more selective.

“I get all kinds of movies all day long that I don’t want to do. Either they don’t interest me, or I don’t think they’re really good, or they might be a little bit cheesy,” he says. “I’m trying to kind of sift through what is available to me and not kind of destroy my career in the process.” One of Grillo’s upcoming projects is Leo from Toledo and will feature Mel Gibson. After the two worked together on Boss Level, they became good friends, and, from there, the friendship grew exponentially. I half-jokingly ask Grillo if he refers to Mel Gibson as “Mel” or “Mel Gibson,” and his comedic chops come through as he nonchalantly responds, “I call him ‘Mel Gibson.’ No, I call him ‘Braveheart’ or something like that.”

Grillo adds that he is also very close with fellow actor Liam Neeson. “I’m a bit of a father/older brother junkie, because I was the oldest, and my father was kind of a nutjob. Anybody who I find that I think is cool and older than me, I always attach myself to tremendously,” Grillo says honestly. Mel Gibson and Liam Neeson are not a bad duo to have on your roster of friends.

While Grillo is a bit more discerning these days when choosing projects, he does have a few regrets when looking back at his career. “Do I wish I had the chance to work with some more seasoned and more accomplished directors? You’re damn right,” he says. “There were a bunch of projects I did for money. I mean, I have a family. I have three sons and a mortgage.” On having three sons, Grillo says he never truly dreamed of having any of them go into the entertainment industry. “I don’t know any actor that really wants their kids to go into acting, because it is a hard road,” he says. 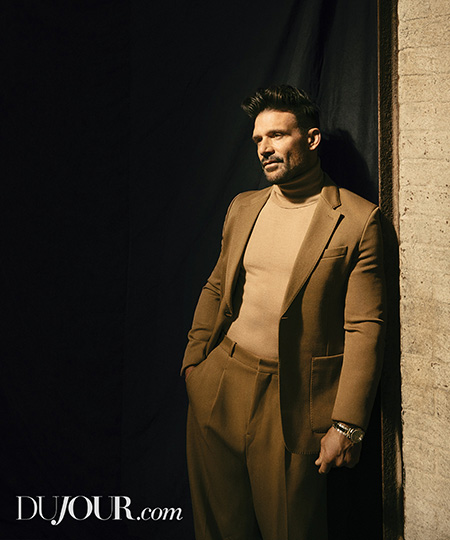 Despite these sentiments, Grillo admits that one of his younger boys has started making his own videos, and the oldest is currently enrolled in film school. From the way Grillo proudly boasts about his sons and their creative endeavors, I think it is safe to say that this dad is more than an impressive actor; he is a supportive father. One of the biggest challenges Grillo says he faces in the industry is the critics, which is one of his worries for his sons. “I want to say that I don’t care what the critics say, but, you know, I’m a working actor. I’m not Denzel Washington. So it all matters to me,” he says.

Some of those comments have ranged from personal critiques about how his hair looked in a film to tearing apart one of his directors. But Grillo has a solution: “I wish I could be a critic of critics, because their writing is so pedestrian, most of them.”

With his wit, candor, and bright ambition, Grillo has his sights set on bigger and better projects in 2020[6].